This page will not attempt to discuss the issue from the point of view of organised religions. If we were firmly convinced of the rightness of one religious view, and then we were to adopt it as our basis of argument, all those people of other faiths would reject it as biased, unbalanced, etc. So instead, we will not even touch on the views of organised religions here. That subject is covered on our "Views of world religions" page.

On this page we will attempt to use rational argument and leave organised religion aside. Indeed, some people are rationally convinced of the existence of the afterlife, without feeling the need to belong to any religion, or even to believe in some deity. The issue of whether animals have souls is, therefore, not a question which is limited to those with religious views. It is an issue in its own right, whatever your religion, or lack of it. It needs to be discussed. So let us just look at the issue of animals having souls rationally for now...

Either you accept that we live on after physical death, or you do not. If you don't accept the idea, despite the evidence given on this site and in the substantial "Further Reading" section, then there is no point in staying on this site. We wish you a happy earthly life, if you think that's all....

If you do think physical death is not the end, or at least open to the idea, then what about animals having souls? If 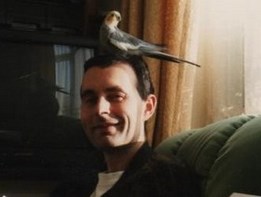 you think that people have souls, then apart from arguments from a particular religion (which we are excluding for the moment), what grounds are there to suppose that animals are any different from people? We all breathe air (or water), we all need to eat, we all reproduce, we all move about. Desire and will can be observed in most, if not all, animals - e.g. a dog wishing to go out, a cat wanting to sit on someone's lap. Emotions can similarly be often observed - e.g. pleasure (purring), protectiveness (barking at visitors), fear (sheep seeing a predator) and of course love (licking an "owner" without a motive such as wanting food). Intelligence is also often noted in animals - e.g. making associations between events/concepts. Dogs, cats, birds and pigs have all been used in intelligence tests; all have been found capable of making multiple sequence choices, not some simple "touch the button for a treat" exercise! Further, brain scans have shown that some animals, especially monkeys, show brain activity remarkably similar with that of humans. Some apes are able to make multiple associations and logical sequence choices.

There is a lot of hard research evidence about animals having intelligence and the ability to feel a wide range of emotions; our "Further Reading" page lists some articles about this. Further, many prominent scientists have reached the decision that animal consciousness is on a similar level to that of humans. In 2012, 71 scientists met at Cambridge University and signed the "Cambridge Declaration on Consciousness". Here is the final part: "...the weight of evidence indicates that humans are not unique in possessing the neurological substrates that generate consciousness. Non-human animals, including all mammals and birds, and many other creatures, including octopuses, also possess these neurological substrates."

Of course, the above quote is about having consciousness, not a soul. But consciousness is generally regarded as the essential element in the concept of a soul, ever since the days of Plato in ancient Greece! The idea that humans are "unique" and therefore the only ones capable of awareness is, as shown above by the above declaration, scientifically untenable.

Thus if you are open to the idea that the soul (and the afterlife) exists for humans, then no matter whether you are religious or not, animals have souls, too! If you need convincing of the existence of the afterlife, then there are some links on our "Further Reading" page.

So if you do accept that animals have souls..... 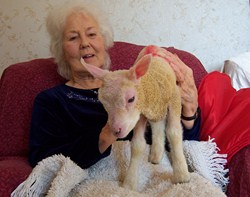 implications for how we regard them and treat them. Instead of regarding animals as "things" to be used as we wish, as tools, we should regard them as fellow occupants of this universe, with their own rights to life and freedom. The level of spiritual development is of little consequence. Any living being deserves respect, as an entity having its own soul. This in turn raises issues such as, "Do we have the right to kill animals for food?" We shall leave you ponder that question, as it would take us beyond the scope of this site. However, suffice it to say that the old argument that "Many animals eat other animals, so why can't people do the same?" does not really hold. It is a question of spiritual evolution. Less advanced creatures do not even understand what a "soul" is, even if they have one themselves. So being carnivorous is not a moral issue for them. But once a creature has reached the realisation that all living beings have souls, then it is perhaps time to think the ethical consequences through carefully.

What about pets on the astral?

Just a brief word for those who may have had a beloved pet which has died physically. Be assured that your pet is alive, well and happy on the astral. You can and will be united when you, in your turn, go to the astral. Your pet is "waiting" for you - although "waiting" really does not mean anything, as the astral is not time dependent. If you pass over in another thirty, forty, fifty years, your pet will welcome you as if you had just come back from a short visit to the shops...

In the vast majority of cases, a pet will happily adjust to life in the astral, building its own lifestyle there, in the company of others of its kind, or of humans who have passed over.

However, in cases of an exceptional love between a pet and the "owner" (I prefer the word "caretaker"), a pet can visit the physical world. Because this requires the pet attaining knowledge and spiritual awareness at a higher level than s/he had on the physical, this needs specialist training. Fortunately, such training is available on the astral, where the pet's love and determination to visit his/her caretaker are exceptionally strong. It must be stressed, however, that this is not the norm; most pets are content to wait happily for their caretakers to join them - in what seems to them like the "winking of an eye". This is no different than happens with humans. Most are blissfully happy in the astral, and only a few feel a burning desire to visit the relatively harsh conditions of the physical world.